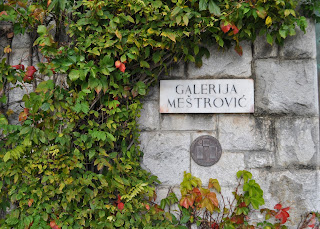 Ivan Meštrović Gallery, Galerija Meštrović, is an art museum dedicated to the work of the 20th-century sculptor, Ivan Meštrović.  The gallery is located in Ivan's summer home which is located on Marjan Hill and has spectacular views of the Adriatic Sea.  Ivan Meštrović was Croatia’s most famous sculptor, painter, architect, and writer.  Today his works are exhibited in renowned European and American museums and galleries, including the Vatican. His art has been compared to that of Michelangelo and Rodin.
Since the sun was shining, we decided to walk to the galleries on November 27th even though temperatures were in the upper 40's and low 50's.  On our way we stopped by a tourist office to pick up a Split card that we had read about.  The Split card is free for people staying more than 3 days in Split and offers discounted prices as well as free admission to many of the museums and galleries in town.   We were pumped about saving money!  We also were able to talk with the staff about planning our trip to Plitvice National Park for sometime before we leave Croatia.

We were the only people visiting the gallery.  We are enjoying having places to ourselves as we have heard the summer months are crowded and busy.  Since we had the place to ourselves, we ended up being really silly (or at least we thought we were really silly). 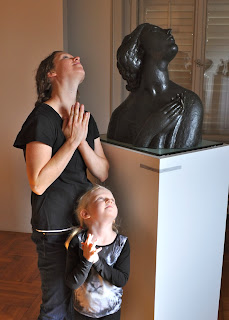 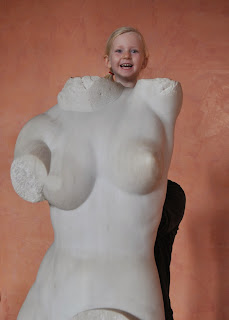 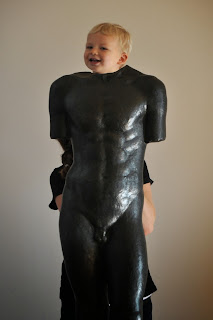 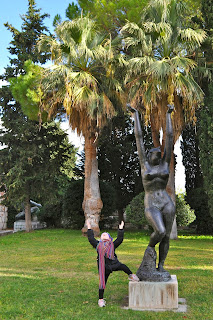 We all had an enjoyable time looking at Ivan's works.  We were able to explore without feeling like we were being too loud or too all over the place. 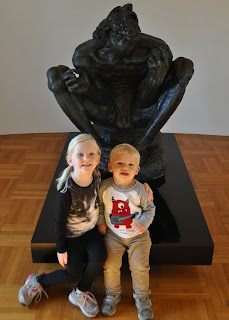 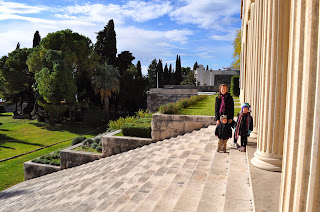 After touring through the main gallery, we walked up the road to visit the 16th-century Kaštelet, a Renaissance-style summer house on the gallery property purchased and remodeled by Meštrović in 1939 as a showcase for his 28 wooden "Life of Christ Cycle" reliefs. The room-size wood carvings were completed over the course of Meštrović's lifetime between 1916 and 1950, and they line Kaštelet's Holy Cross Chapel.  The Kaštelet itself was really neat, as it served as a family's summer retreat house, but at one time it also served as a defense against the Turks.  In addition, it has been a tannery and lazaretto for plague victims.   Amelie and Liam enjoyed running around the large open space around the well. 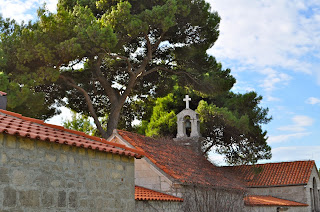 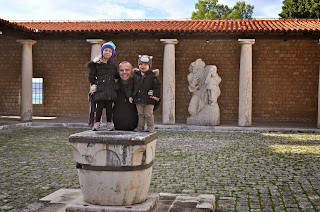 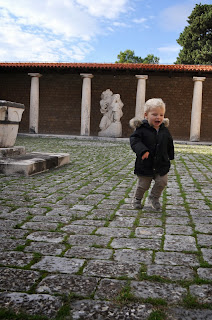 On our walk to the gallery, we saw a sidewalk directly on the coastline.  We figured out a way down and started walking.  We walked from Jezinac Beach past Zvoncac Beach to the smaller harbor by "our" playground.  It was windy and cold, but it was fun seeing pools formed out of rocks, street art, and spray from the ocean.  The sidewalk was narrow, but that just added to the fun of the adventure. 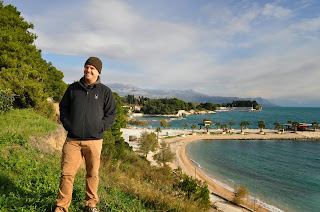 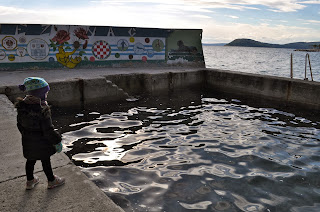 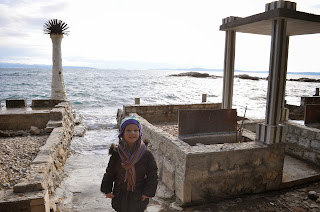 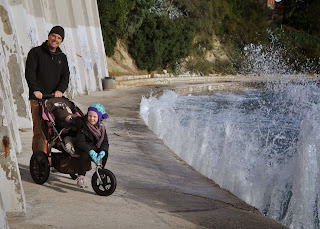 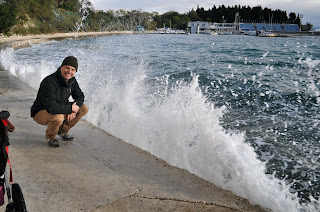 We had a fun day.  Eating Pasta-To-Go for dinner was a great way to end the day.  The staff know us and Amelie loves that they remember her and her order (pesto pasta).  Here are a couple of pictures of our walk as we approached our apartment: 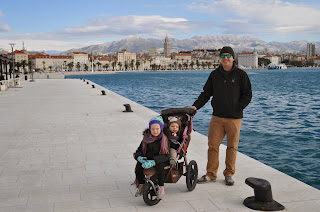 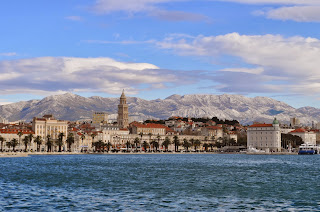 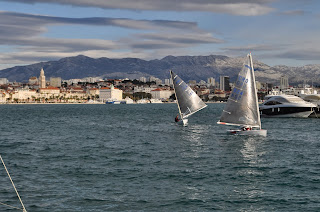 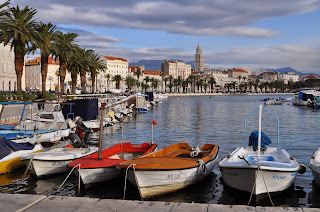 What a nice way to represent the most famous Croatian sculptor - Ivan Mestrovic . I'll add your blog page to my website. I hope you've enjoyed my home town!

Thank you, Pero! We certainly enjoyed Split and find ourselves missing the city quite often. I hope to come back during the summer months to enjoy a different side of Split. ;)

Get updated by email everytime we write a new post!

Bobby and Kelly
This blog hopes to encapsulate the adventure and meanderings of the Walker family. We are Bobby, Kelly, Amelie, and Liam. When the opportunity came available for us to work online, we decided to sell our house and most of our belongings and set out exploring the world.

Blogs Worth Checking Out